I thought magicicada was someone's play on words: Magic cicada.  That would be fitting for these creatures, but no, it is the scientific name for the periodic 17-year cicadas that are emerging in Southeastern Ohio this week.  Ani and I got up early this morning to walk the neighborhood, looking for signs of their arrival. We didn't have to go far, and within a block found hundreds. 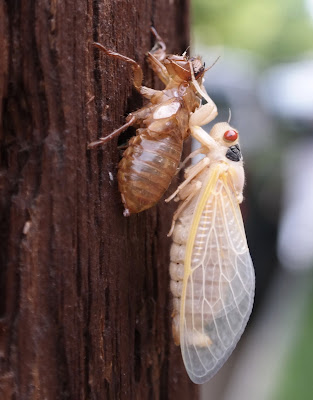 We found them in all stages of emergence.  The one above has just emerged from its nymphal shell, leaving behind its molt, and is hanging there drying. When it's done, it will have pigmentation, orange and black marks, darker wings.  It still won't be fully ready to start its vibrational love songs yet; it takes a few days to harden its exoskeleton completely.  We won't know exactly what species we have here until they begin "singing". 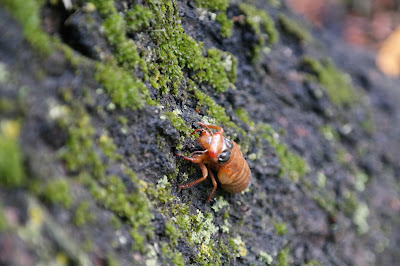 The photo above is of a nymph that has climbed out of its hole at the base of the tree and has yet to split its exoskeleton to emerge.  The one below has started that process, and hopefully will fully emerge before starting to dry and harden. 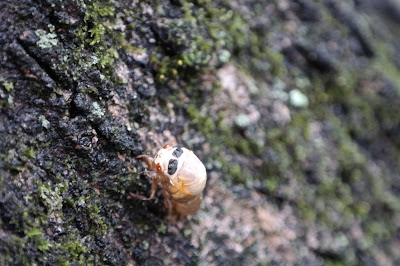 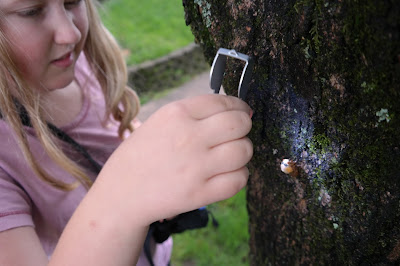 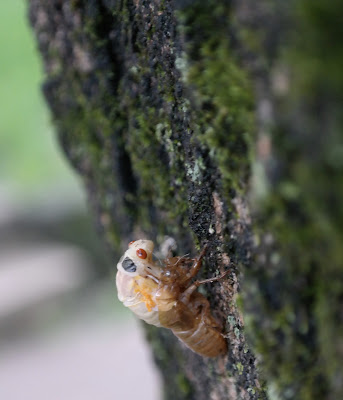 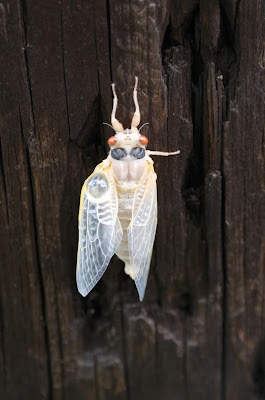 There are so many things that could go wrong.  Your wing could not fully develop; you could get caught in your former exoskeleton and die partially emerged; you could get eaten by an excited predator, and finished off by a voracious slug. 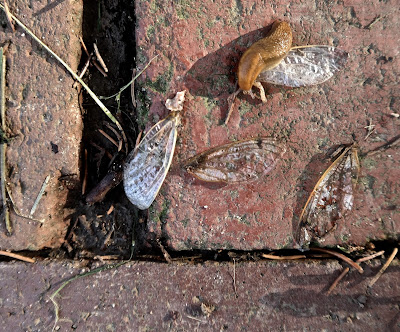 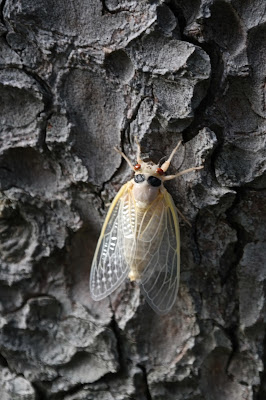 They are so delicate, so beautiful, and so gentle.  Their defense is in their astounding numbers - they don't bite or sting, are not toxic (though our local paper suggested refraining from eating them because they apparently absorb high levels of mercury from the soil during their seventeen-year hibernation. Ok). 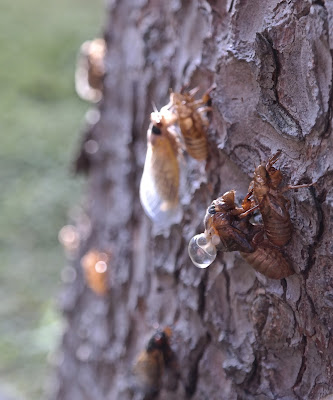 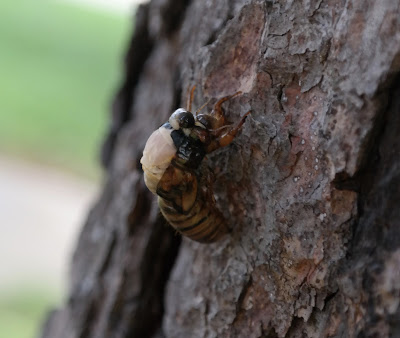 We found several that were languishing on the sidewalk, weak and upside down, and they willingly held onto my finger while I transported them to a more suitable spot on a tree. It made me think of this story from a few years ago, of Eliza rescuing a cicada from the water, when it began to purr in her hand.  We so often attribute human intentions or sentiments to the behavior of animals, but those animals are usually larger and furrier, with big wet eyes and tongues.  I feel those things with cicadas. Maybe it's the big eyes? The slow movements and grateful wrapping of a finger? 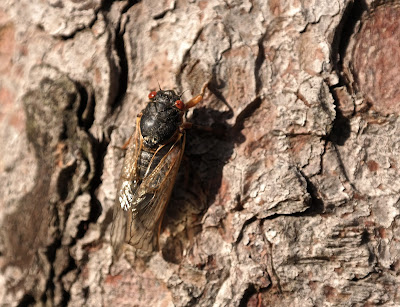 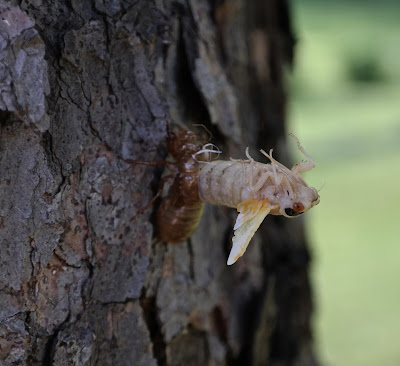 Before my camera battery gave out (it doesn't take too long, and there were so many wonderful moments to record!), Ani and I saw this guy, and we both immediately felt pangs of empathy and tenderness, projecting our own sadness about letting go of the old even while in the throes of the new and beautiful.  It's ok, little buddy. We're here to witness your amazing transformation and welcome you to this part of your journey! 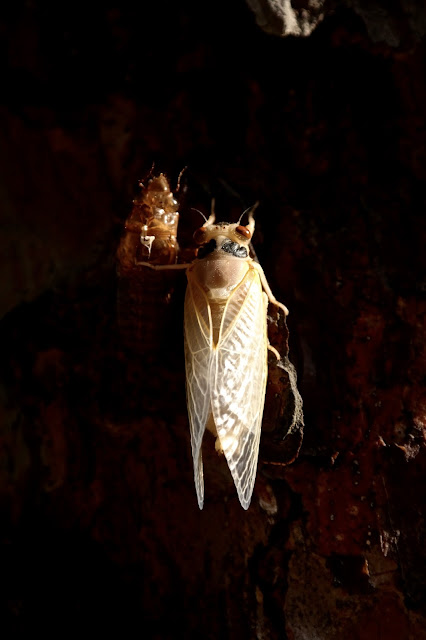 Beautiful photos! I've always loved anything tiny and crawly. Those cicadas are really neat looking- it's mind boggling to me that they incubate for 17 years!

I've recently started a trail mix recipe blog, called "The Weakly GORP" (GORP stands for Good Ol' Raisins and Peanuts). If you have any recipes you'd like to share, post your recipe in the comments of a recent post and I'll make it into a post and give you credit (unless requested to remain anonymous).
http://weeklygorp.blogspot.com