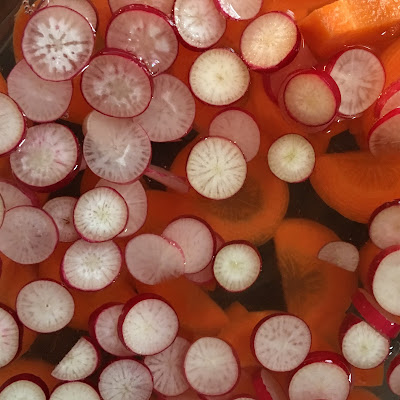 I'm going to back-track a bit and start trying to catch up on the days and days and days...We were trying to remember something the other day and I turned to this blog to confirm and thought, shoot we are up a creek if we're hoping for any kind of record of 2016! 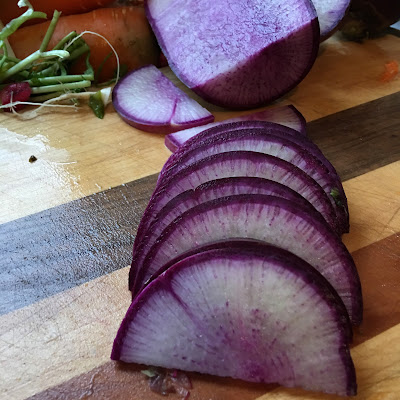 What does it mean that I begin such a post with photos of kimchi in the making? Hm...Amidst the busy, appreciating the small details, like a brilliantly purple daikon radish.


We managed to have several game nights with our friends who are back for a few months from Maine. Gotta pack it in while they're here. The favorites right now are Codenames and Dixit. 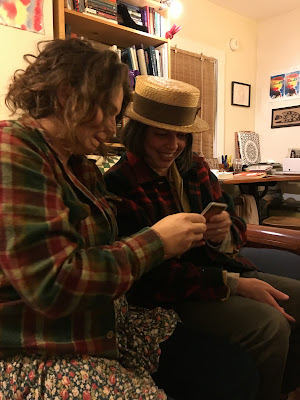 Anything that can produce a laugh like this is a game I want to play again and again...

The month was about wrapping up activities - Doctor Who history for Eliza (in her usual position on the futon, in pajamas, with Charlie mashed up as close as he can get), fiddle lessons, dance classes. 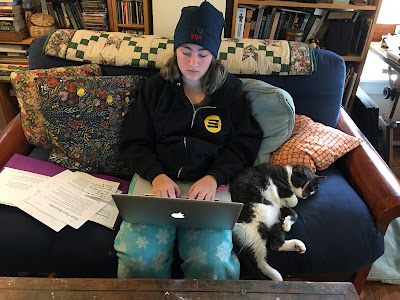 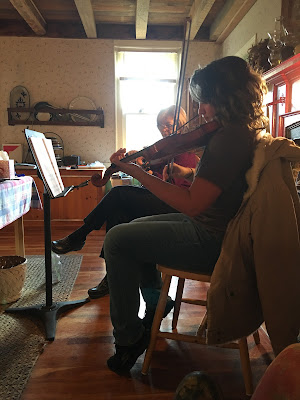 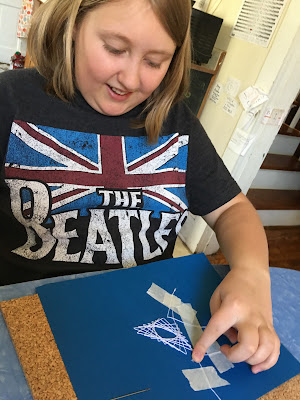 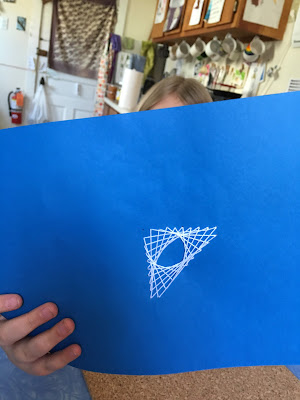 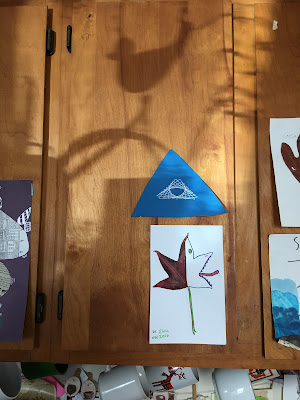 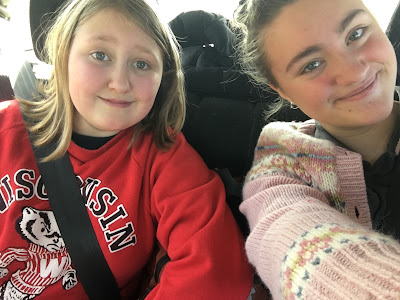 The morning after Eliza's fiddle concert, we drove to New York City and landed at the home of the woman who married us sixteen years ago. Ah, to picking up the weaving of lives together...it's been nine years, but who would know? More on that trip in another post.


January feels like a little bit of a lull between the outer galaxy of December and the resumption of Normal. Time to find the threads that you want to pick up and to clean out what you would rather stay behind. I am trying to be present to that in my days; December felt like a bit too much for me, and I noticed that I worked hard at staying busy with my hands and making lists in my head and on paper, in an attempt to not be still and feel how incongruous the cheer-making of the season felt to me, in the mess that is the world right now.  Sometimes the cheer works its magic and lightens the horizon for me, but I felt rushed this year to Get There, and never really caught up to the light. I'm giving myself January to find my footing, gather strength and see where I am. Taking stock through catching up will hopefully feel like fortifying the ground underneath me, remind me of the brilliant light that accompanies my days, whether or not I notice.

Posted by slim pickins at 8:47 PM No comments:

Labels: the daily do 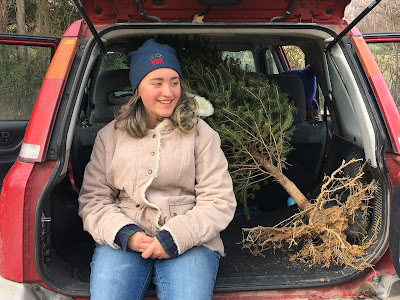 Thank goodness for new beginnings and the opportunity to start over. I have always wished there was more representation of families with older kids homeschooling; I've wanted to look ahead to how things might be, what our days might look like. It's always been helpful for me to know more of the how and the why of people making this choice for their lives.  Around here the number of kids staying out of school really dwindles around Eliza's age, and we were noticing recently that kids in their early teens aren't well represented out in the community either! They hit that independent age and aren't along for every family outing and errand. The middles have suddenly disappeared.

All this to say: I've let this space go silent, and maybe there's someone out there who would like the occasional peek into the future, so I'm making an attempt to come back here and represent one picture of Life as a family with no kids in school...

But it's been the holidays and so, please, enjoy a glimpse of that. 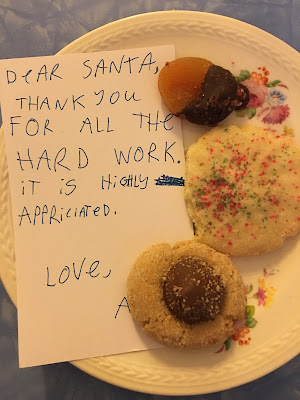 My dear family was here, as they have been for the last several years. We feel fortunate to not be traveling further than the livingroom futon this time of year. 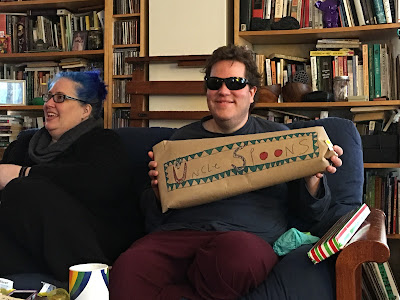 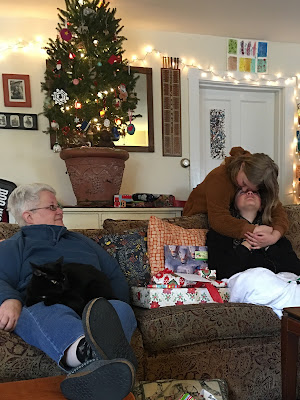 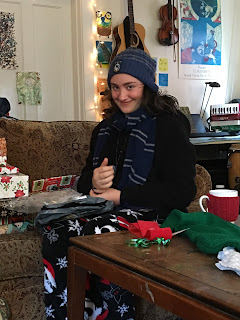 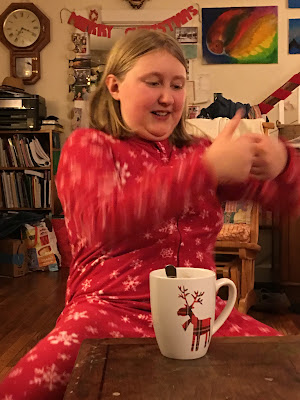 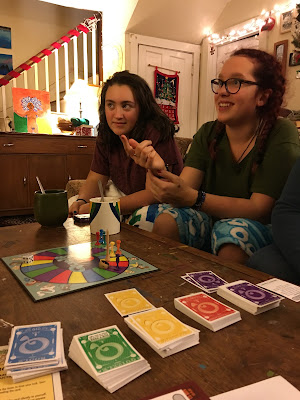 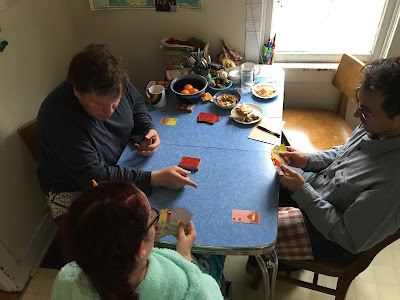 It was cold and a little rainy, until it was gorgeously sunny and a little warmer. Out to Lake Hope for a short hike and lunch at the lodge. 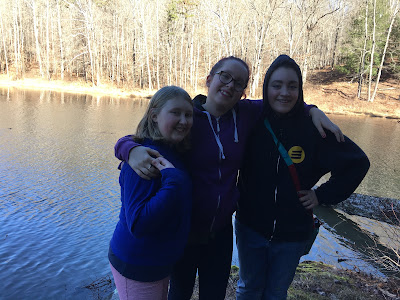 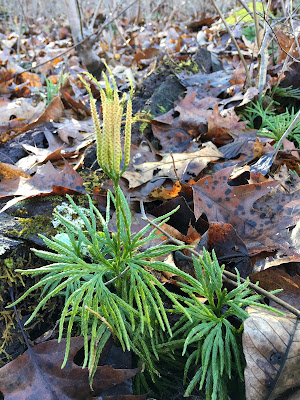 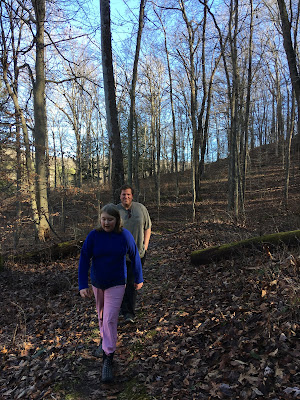 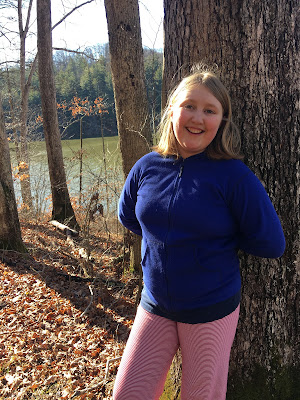 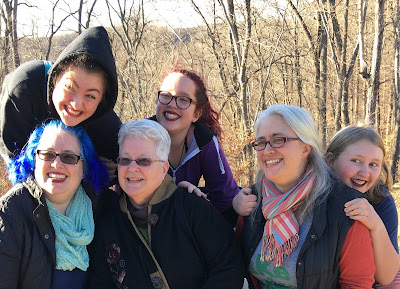 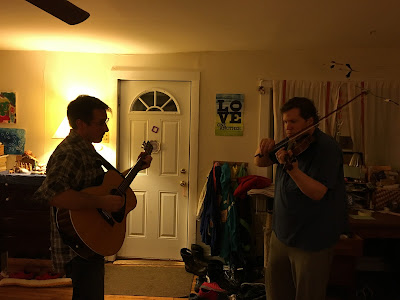 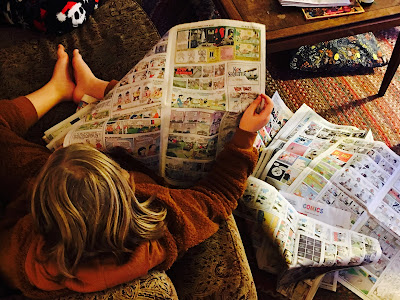 Our holiday was about a lot of hanging out, playing games and eating bags of clementines. The new year came with blue skies and an eerie lack of birds, which did not bode well for our "bird of the year" tradition. Not at the feeders, not flying by the windows...it was like the avian rapture, until we headed out at Dan's urging to a local ridge to take a sunny walk...ah! Yes. Of course. Geese just where we knew we'd find them, by the river, and for Ani, her first sighting of bluebirds! Lucky girl, with all that happiness to fill her year.

Labels: celebration, family, seasons
Newer Posts Older Posts Home
Subscribe to: Posts (Atom)
Welcome! We are a life-learning family in South Eastern Ohio and this is a journal of our day-to-day living...We would love to hear from anyone wandering this way in the blogosphere, so please say hello in the comments!